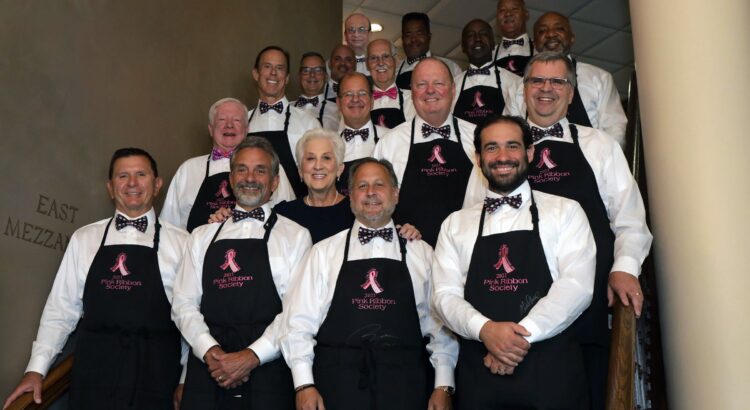 Watch your mail. The invitations to the 20th Annual Breast Cancer Celebration will be out this week. Seating is limited this year to just under 400.

We will be practicing social distancing with our table set up being 5-6 feet apart with ONLY 8 guests to a table. AT THIS TIME, we will not make any exceptions to this arrangement. These are the requirements of our venue, the Avalon Manor.

We will have our Baskets Galore Raffle and are also welcoming a limited number of vendors. Again, we will practice social distancing during the day in these areas.

In order to keep crowding down in any one area, we have placed the vendors on the west side of the ballroom and the raffle on the east side. This should keep us from getting bunched up.

Per our venue, everyone is required to wear masks. These can be removed when seated. We are even requiring our Celebrity Servers to wear exclusive Pink Ribbon masks while serving….

This year, we will once again hand out wrist bands for the basket raffle . Your wrist band will have ONE OR ONE SET of numbers written on it. This is the number you will put on the back of the raffle tickets you buy before placing them in the raffle bags. Any clarification on how this works? Ask any Pink Ribbon committee person.

Please join us as we will once again be presenting our 2022 Calendar Honorees.

We look forward to seeing everyone this year. We hope you will consider joining us in a safe manner.

If you do not receive a newsletter and invitation to our event, please contact the offices and we’ll gladly send one to you.

The governor still has strict restrictions on the number of people who are allowed to gather for events of this kind. At this time, we will only be allowed to seat 360 individuals for the event (we normally do 800) and we will be practicing social distancing.

Newsletters and invitations will be sent out around April 1 and again, seating will be limited. So if you want to attend the luncheon this year, you’ll have to get your reservation in early.

Really looking forward to seeing everyone again this year.

Nominate a man or woman you feel would make a good role model for others who have been more recently diagnosed with breast cancer. Only stipulations is that they be at least three years post op and out of treatment.

You can snail mail the nomination or send it to our e-mail address at prs4990@yahoo.com. If you’re going to e-mail the nomination, put “nomination” in the subject area. Mailing address is 303 E. 89th Avenue, Suite 100, Merrillville, IN 46410.

Include the nominee’s name, address, phone number, and e-mail address. We’d also like to know a few personal things about them, i.e. married, employed, children, grandchildren, etc. Regarding their diagnosis, please include the following information if you have it, i.e. when they were diagnosed, kind of cancer/treatment. It’s also nice to know some special things like what they may have done since their diagnosis to pay it forward to others diagnosed with breast cancer, i.e. support groups, walks/runs to support breast cancer, other breast cancer affiliations.

Also, please include your name, e-mail address and phone number in case we need to get in touch with you.

Deadline for nominations is August 1 with the Calendar Girl Reception being held August 9th for those chosen to appear in the calendar. The Breast Cancer Awareness Survivors’ Celebration will be held Sunday, September 26, 2021 at the Avalon Manor. The nominee must be available for both the reception and celebration.

Once again, The Times will produce and print the calendar and Edda Taylor will do the photography. 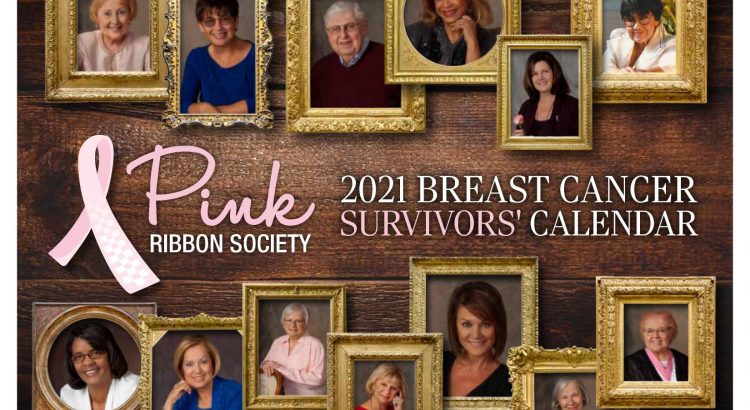 Due to the pandemic, with supporters concentrating on more important things, we did not receive enough nominations for a new calendar (we’ll save the ones we got for consideration for 2022.)

So we decided to share the inspiration of former calendar honorees who continue to survive and thrive following the diagnosis of breast cancer.
The calendars are now on sale in the Pink Ribbon office at 303 E. 89th Street, Suite 100, Merrillville, IN for just $ 10.00 each.

This would make a great gift to someone you know who would be inspired and encouraged to see the awesome lives these individuals are leading following the prior diagnosis.

You can give us a call at (219) 472-0704 to reserve your order or to have a calendar mailed out. We are not personally available in the office on a regular basis, so please call before coming in.

Our special thanks to the 2021 Calendar Honorees, The Times Media Company and Edda Taylor Photographie for making this year’s calendar possible.